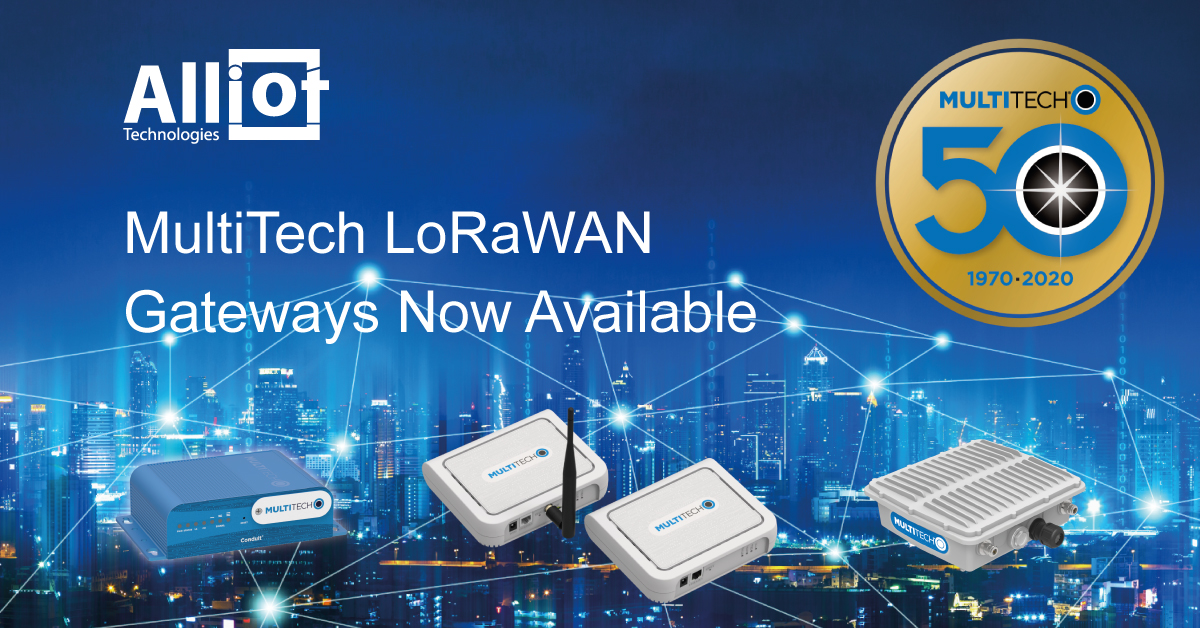 We’re thrilled to announce that we are now an official distributor of MultiTech LoRaWAN gateways! Available for shipping throughout the UK and Europe, we’ve summed up MultiTech’s range and how they can help you to bring your IoT projects to life.

2020 marks MultiTech’s 50th Anniversary, so they’ve been around a while! Formed in 1970, MultiTech originally developed and sold acoustic couplers. Since then they’ve developed micro computers, modems and embedded products to name just a few. In 2008, they began to develop a new class of machine-to-machine applications which leads us to today where MultiTech have developed a wide range of industrial IoT devices.

As fellow members of the LoRa Alliance, it’s also great to know that MultiTech played a fundamental role in the development of the technology itself! For anyone looking to brush up on their LoRaWAN knowledge, check out MultiTech’s Resources.

Available in multiple variants, MultiTech’s LoRaWAN gateway act as edge-computing devices. Many gateways in the range can be configured to your needs with the connection of MultiTech mCards.

Compatible with Multitech’s DeviceHQ platform, you can remotely configure and manage your gateways for simple deployment and scalability.

Bring your projects to life….

Many items are available for fast delivery throughout the UK and Europe. For expert advice on selecting the MultiTech LoRaWAN gateway for your project please get in touch today.